“It is beyond belief that in this presidential year of enormous consequence, the nation’s campaign finance enforcement agency is defunct.”

The coalition of 21 organizations—including the Campaign Legal Center (CLC), Public Citizen, Common Cause, Democracy 21, and CREW—called on the White House and Senate to appoint commissioners with an interest in enforcement in an open letter

“To stop the explosion of secret election spending by wealthy special interests, the practice of nominating FEC Commissioners who carry water for those interests must end,” CLC senior director and chief of staff Adav Noti said in a statement announcing the letter.

The @FEC has a very important job — upholding the integrity of our elections. And it is failing to do so.

It is critical that the FEC’s quorum be restored as soon as possible. But we must not install six new commissioners who oppose campaign finance laws. https://campaignlegal.org/update/clc-led-coalition-urges-restoration-fec-quorum … 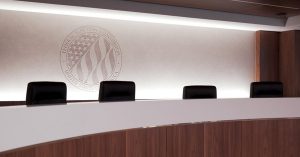 To stop the explosion of secret election spending by wealthy special interests, the FEC must have a quorum to protect the integrity of our elections.

The coalition’s missive was sent in response to a letter from January 6 written by 31 campaign finance attorneys calling on the FEC to immediately instate six commissioners to allow the body to continue its work.

Concerns over the issues presented in the election by a hamstrung FEC are not new. Common Dreams reported that advocates were last August warning of the problems to the election presented by the FEC’s lack of quorum.

“It is beyond belief that in this presidential year of enormous consequence, the nation’s campaign finance enforcement agency is defunct because it does not have enough commissioners for a quorum to take action to enforce the laws,” Democracy 21 founder and president Fred Wertheimer said Monday.

In November, Center for Public Integrity editor-at-large Dave Levinthal noted that the lack of quorum would become a major problem if the FEC “zombie-walks into the teeth of Election 2020.”

As of Monday, the FEC has been without a quorum for 135 days, said political advocacy group Issue One.

It’s now been 135 days since the @FEC lost its quorum and effectively shut down. It’s unable to hold hearings, enforce existing rules, and fine violators ahead of the 2020 election. That’s a problem. Visit http://fecmia.com  for ways to repair our nation’s election watchdog.

by Eoin Higgins
Share
Previous How the President became a drone operator: The escalation of unmanned warfare — from Obama to Trump
Next The World Must End the US’ Illegal Economic War. Sanctions Imposed on 39 Countries