COVID-19 could catch fire among the nation’s low-income residents, experts say, but with the crisis comes the opportunity for a just response.

THE PROTOCOLS FOR helping stop the spread of the novel coronavirus are by now familiar: Wash your hands frequently, avoid crowds and telecommute.

For millions of homeless, low-income or disabled people, however, running water can be a luxury, remote work isn’t an option and social distancing in a shelter or densely packed public housing is next to impossible. Never mind the difficulty of self-isolation or getting medical care for coronavirus concerns.

As a result, conditions like those in some of the nation’s largest cities, including COVID-19 hot zones such as Seattle, New York and San Francisco, could accelerate the spread of the potentially deadly virus through the nation’s most vulnerable populations, according to homelessness activists, housing officials and advocates for low-income communities.

At the same time, they argue, the global pandemic that has swept across the U.S. in recent weeks – forcing drastic changes like school closures, work-from-home mandates and a shelter-in-place order in San Francisco – has elevated poverty and homelessness from a chronic problem to a full-blown health crisis. And, they say, it can only be contained with billions of dollars in targeted federal aid to expand shelters, increase low-income access to medical care and issue checks to people facing economic hardship like eviction or foreclosure.

Officials and advocates from Boston to Seattle say they are doing all they can to forestall transmission of the potentially deadly virus and help the populations they serve. That includes working to halt court-ordered evictions, deep-cleaning public housing developments down to the elevator buttons, and finding workarounds so that closed schools can feed hungry children who wouldn’t eat otherwise.

But the aggressive, creative strategies that they say are needed are running up against stretched fiscal budgets, overwhelmed local governments and general public indifference to the indigent. Alison Eisinger, executive director of the Seattle/King County Coalition on Homelessness, said deep-seated poverty, growing housing insecurity – and the federal government’s flat-footed response to the quickly-spreading virus – are making a bad situation worse.

“Despite the fact that we have one of the best public health departments in the country, a strong network of providers and staff who are working incredibly hard doing vital work, we are behind where we need to be,” she said on a conference call this week organized by the National Low Income Housing Coalition. “We need a significant increase in capacity and resources, and we need them yesterday.”

Since it began sweeping from Asia into Europe and the U.S., the novel coronavirus is poised to amplify the real, on-the-ground consequences of existing economic and social inequality, experts say. As in other areas of disparity, from education to child care, those in lower economic strata are faced with shouldering the heaviest burden in a public health crisis.

“Those communities that are marginalized, that are underresourced or underserved, will always suffer more during a crisis like this,” Dr. David Acosta, chief diversity and inclusion officer for the Association of American Medical Colleges, told AAMCNews. “Any health inequities that they already experience will only be exacerbated by a pandemic.”

A 2016 study published by the Centers for Disease Control and Prevention underscores the point: It found that people living in poorer neighborhoods during flu seasons were hospitalized in connection with the illness at a higher rate than residents of more affluent communities.

But even low-income people who remain healthy during the outbreak could have trouble withstanding workplace shutdowns tied to the coronavirus. For many hourly workers, not working can mean not getting paid, even if officials say it will help stop the spread of a highly contagious virus.

And it’s not just the poor and homeless who are at risk, says Jenny Schuetz, a fellow with the Brookings Institution, a Washington-based think tank. The poorest 20% of renter households in the U.S. use more than half their income for rent, while many Americans would struggle to weather a financial emergency of $400 or more.

“They have no savings – they’re living paycheck to paycheck,” says Schuetz, a researcher with Brookings’ Future of the Middle Class Initiative. “Any disruption to their income is going to put them behind on their rent or mortgage. They’re going to lose part of their income. It will put them at high risk” for eviction or foreclosure.

Meanwhile, “one of the things we’ve relied on is to have formal homeless shelters,” Schuetz says. “Those are some of the places that we worry about a lot in a public health emergency.”

Like in nursing homes or prisons, “there are a lot of people living in close quarters” in homeless shelters, encampments and shared low-income housing, she says. “They are the hardest places to enforce social distancing. Even if they have a roof over their heads, if someone gets infected, it’s likely to spread quite rapidly.”

The coronavirus health emergency could wreak even more havoc in low-income communities of color. African Americans, for example, suffer from disproportionately higher rates of chronic conditions like high blood pressure and diabetes, and infection with the COVID-19 virus on top of those pre-existing conditions can be serious.

“The highest risk, if you get this disease, is to someone 60 or older with chronic disease,” Georges Benjamin, executive director of the American Public Health Association, recently told The Undefeated. “With African Americans, you start with a population that is disproportionately sicker, and if it gets exposed, it will have a higher death rate.”

Laura Esquivel, vice president for federal policy and advocacy for the Hispanic Federation, said the coronavirus crisis also has Latinos in its crosshairs: Many work in low-paid, punch-the-clock jobs – in the food service and janitorial industries, for example, or in construction and agriculture – that could see mass layoffs or even shut down.

Many of those jobs, Esquivel says, don’t typically offer paid leave; others even lack access to on-the-job hygiene. Bathrooms “don’t exist in certain places,” she says, and migrant workers in the field don’t have easy access to toilets, “much less water to wash their hands.”

What’s more, “we have a high representation of undocumented workers” who are reluctant to seek out health care for fear of deportation, Esquivel said on the call earlier this week. She said the Hispanic Federation specifically asked U.S. Immigration and Customs Enforcement officials to suspend deportations and arrests during the COVID-19 crisis, but the agency had “declined to make those statements affirmatively.”

Indeed, amid drastic precautions, including San Francisco’s shelter-in-place order, ICE agents reportedly conducted business as usual, making arrests in the Los Angeles area and elsewhere. However, late Wednesday, the agency notified Congress that its Enforcement and Removal Operations division would “delay enforcement actions” and use detention alternatives during the outbreak, according to The Washington Post. The agency reportedly still plans to remove foreign nationals who pose a safety threat or have committed crimes.

“During the COVID-19 crisis, ICE will not carry out enforcement operations at or near health care facilities, such as hospitals, doctors’ offices, accredited health clinics, and emergent or urgent care facilities, except in the most extraordinary of circumstances,” the notification said, according to the Post. “Individuals should not avoid seeking medical care because they fear civil immigration enforcement.”

While the situation overall appears dire, some experts also believe the coronavirus crisis offers an opportunity to change the dynamic surrounding poverty, housing, and medical and health care inequality in the U.S.

Diane Yentel, president and CEO of the National Low Income Housing Coalition, noted that over the years, housing and anti-poverty advocates and others who have been in contact after disasters like Hurricane Harvey in 2017 have formed the Disaster Housing Recovery Coalition, a roughly 850-member organization focused on an equitable and just recovery for the poor when trouble strikes.

“The good news from this is we have this incredible network of practitioners, advocates, organizers and impacted people who have done this before,” Yentel said on the call. “We haven’t done quite this, of course, because none of us have faced a pandemic of this magnitude or a disaster of this scale. But we’ve developed this deep bench of expertise in tactics, strategy and knowledge that we can apply to this current disaster, and that’s what we intend to do.”

Since the coronavirus outbreak began, Yentel said, her organization and the Disaster Housing Recovery Coalition have been sharing policy recommendations and drafting line items “that must be included in any emergency spending bill related to the coronavirus.”

Besides paying for solutions ranging from emergency housing and shelters to hand-sanitizing stations for homeless camps, advocates say, the White House and Congress must act quickly to put money in the pockets of low-salary and hourly wage workers who have been sidelined because of the ongoing public health emergency.

The move could help slow the spread of the coronavirus by enabling the working poor to afford medical care, make rent or pay someone to watch the children. Notably, lawmakers this week passed a relief package containing  expanded unemployment insurance as well as paid leave for some workers, among other provisions, and have been considering sending checks to individual Americans to help curb the crisis. On Wednesday, President Donald Trump said the Department of Housing and Urban Development would be suspending evictions and foreclosures for more than a month.

Rachel Heller, CEO of the Citizens’ Housing and Planning Association in Boston, echoed most organizations on the conference call with a blunt ask for Congress and the White House.

“What we really need right now from the federal level is a lot of money” for rental assistance and homelessness prevention, and resources to help low-income housing owners continue to rent to the poor, she said

“It’s never been so obvious that housing is health care,” she said.

Share
Previous The Unaccountable Nation
Next US National Security Strategy Is Meant to Protect Wall Street, Congress, the White House, and the Pentagon 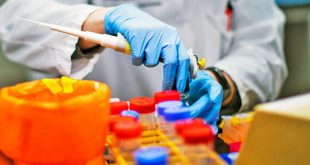