Although there may not be tanks on the streets and a dictator inciting crowds from his bully pulpit, the end result has been pretty much the same.

Most Americans can probably still remember a time when U.S. companies were in business with one goal in mind – providing a product or service for profit. It was a noble idea, the bedrock of capitalism, in which everyone stood to gain in the process.

Today, the monopolistic powers now enjoyed by a handful of mighty corporations, which are no longer shy about declaring their political bent, have tempted them to wade into the deep end of the political pool with deleterious effects on democracy. Indeed, corporate power wedded to government is nothing less than fascism.

In presenting such a case, it is important to put aside the notion that fascism is a purely right-wing phenomenon, complete with a chauvinistic demagogue haranguing a frenzied crowd. The new dictator on the block is not some fanatical Fuhrer, but rather Silicon Valley, the fountainhead of technological advancement and the formidable fortress of liberal ideology. In other words, fascism is an ideology that moves fluidly along the political spectrum, although some say the ideology grew out of European progressivism.

Jonah Goldberg argued in his 2008 book, Liberal Fascism, that even before World War II “fascism was widely viewed as a progressive social movement with many liberal and left-wing adherents in Europe and the United States.” Many years earlier, the late political theorist Hannah Arendt described the Nazi Party (which stands for, lest we forget, the ‘National SOCIALIST German Workers’ Party’) as nothing more than “the breakdown of all German and European traditions, the good as well as the bad…basing itself on the intoxication of destruction as an actual experience.” That sounds like a pretty accurate description of the cancel culture mentality that has now gripped the ‘progressive’ left with an almost demonic possession.

It should be shocking to Republicans and Democrats alike that the Commander-in-Chief of the United States is banished from all of the main social media platforms – Twitter, Facebook and YouTube – denying him the ability to communicate with his 75 million constituents, or one half of the electorate. This is real and unprecedented violence being committed against the body politic and far more worrisome than any breach of federal property, as loathsome as such an act may be.

The Capitol building is, after all, ultimately a mere symbol of our freedoms and liberties, whereas the rights laid down in the U.S. Constitution –the First Amendment not least of all – are fragile and coming under sustained assault every single day. Why does the left refuse to show the same concern for an aging piece of parchment, arguably the greatest political document ever written, as it does for a piece of architecture? The answer to that riddle is becoming increasingly obvious.

Big Tech began its slide towards marked fascist tendencies thanks to one of the greatest hoaxes ever foisted upon the American public, known as Russiagate. One after another, Silicon Valley overlords were called before Congressional committees to explain “how and why Russian operatives were given free rein to tamper with 2016 U.S. election,” in favor of the populist Donald Trump, no less.

After this made for television ‘dressing down’, the Big Tech executives at Google, Facebook, Twitter and others got busy reconfiguring their software algorithms in such a way that thousands of internet creators suddenly lost not only a lifetime of hard work and their sustenance, but their voice as well. This is the moment that Big Tech and the Democrats began to really march in lockstep. A new dark age of ‘McCarthyism’ had settled upon the nation, which gave the left unlimited powers for blocking user accounts they deemed “suspicious,” which meant anyone on the right. Now, getting ‘shadow banned,’ demonetized and outright banned from these platforms has become the new dystopian reality for those with a conservative message to convey. And the fact that the story of ‘Russian collusion’ was finally exposed as a dirty little lie did nothing to loosen the corporate screws.

Incidentally, as a very large footnote to this story, Big Tech and Big Business have not dished out the same amount of medieval-style punishment to other violators of the public peace. The most obvious example comes courtesy of Black Lives Matter, the Soros-funded social-justice movement that has wreaked havoc across a broad swath of the heartland following the death of George Floyd during an arrest by a white police officer.

Both BLM and Trump supporters believe they have a very large grudge to bear. The former believes they are being unfairly targeted by police due to the color of their skin, while the latter believes they are not getting fair treatment by the mainstream media due to ‘Trump Derangement Syndrome’, and possibly also due in part to their skin color. But at this point the similarities between BLM and Trump voters come to a screeching halt.

Taking it as gospel that America suffers from ‘systemic racism’ (it doesn’t, although that is not to say that pockets of racism against all colors and creeds doesn’t exist), dozens of corporations jumped on the woke bandwagon to express their support for Black Lives Matter at the very same time the latter’s members were looting and burning neighborhoods across the nation. Strangely, violence has never shocked the progressive left, so long as the violence supported its agenda.

Here are just some of the ways the corporate world responded to charges that America was a racist cauldron ready to blow, as reported by The Washington Post: “Jamie Dimon, chief executive of JPMorgan Chase, knelt alongside employees during his visit to a Chase branch. Bank of America pledged $1 billion to fight racial inequality in America. Tech companies have invested big dollars in Black Lives Matter, the Center for Policing Equity, Colin Kaepernick’s Know Your Rights Camp and other entities engaged in racial justice efforts…” And the list goes on and on.

Of course, private corporations are free to express their solidarity with whatever group they wish. The problem, however, is that these monopolistic monstrosities have an overwhelming tendency to pledge allegiance to liberal, progressive values, as opposed to maybe steering clear of politics altogether. Nowhere was Corporate America’s political agenda more obvious than in the aftermath of the siege of the Capitol building on January 6, which led to the death of five people.

Corporate America missed a very good opportunity to keep quiet and remain neutral with regards to an issue of incredible partisan significance. Instead, it unleashed a salvo of attacks on Trump supporters, even denying them access to basic services.

Aside from the most obvious and alarming ‘disappearing act,’ that of POTUS being removed from the major social media platforms, were countless lesser names caught up in the ‘purge.’

One such person is conservative commentator and former baseball star Curt Schilling, who says that AIG terminated his insurance policy over his “social media profile,” which was sympathetic to Donald Trump, according to Summit News.

“We will be just fine, but wanted to let Americans know that @AIGinsurance canceled our insurance due to my “Social Media profile,” tweeted Schilling.

“The agent told us it was a decision made by and with their PR department in conjunction with management,” he added.

While all forms of ‘cancel culture’ (which seems to be part of a move to build American society along the lines of the Chinese ‘social credit system,’ which rewards those who toe the party line, and punishes those who fall out of favor) are egregious and counterintuitive to American values, perhaps the most astonishing was the cancellation of Republican Senator Josh Hawley’s book deal with Simon and Shuster.

“We did not come to this decision lightly,” Simon & Schuster said in a statement over Twitter. “As a publisher it will always be our mission to amplify a variety of voices and viewpoints: At the same time we take seriously our larger public responsibility as citizens, and cannot support Senator Hawley after his role in what became a dangerous threat.”

The so-called “threat” was a photograph of Hawley raising a fist to the crowd that had assembled outside of the Capitol building before it had breached the security perimeter. It seems that corporations may now serve as judge, jury and executioner when it comes to how Americans behave in public. Is it a crime that Hawley acknowledged a crowd of supporters who were at the time behind the gates of the Capitol building? Apparently it is.

By the way, the name of the Hawley’s book? ‘The Tyranny of Big Tech’. How’s that for irony?

In conclusion, it would be a huge mistake for the Democrats to believe that they are safe from the same sort of corporate and government behavior that has now dramatically silenced the conservative voice across the nation. The United States has entered dangerous unchartered waters, and by all indications it would appear that the American people have inherited a ‘soft’ form of fascism.

Although there may not be troops and tanks on the streets and a dictator inciting crowds from his bully pulpit, the end result has been pretty much the same: the brutal elimination of one half of the American population from all of the due protections provided by the U.S. Constitution due to an unholy alliance between corporate and government power, which is the very definition of fascism. Democrats, you may very well be next, so enjoy your victory while you still can.

Share
Previous The New America of Terror and Discontent
Next US Never Ending Wars: Thirty Years Ago, America’s “First War” against Iraq 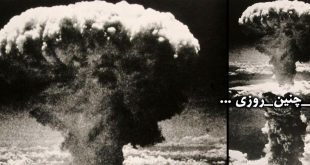 Another Hiroshima is Coming — Unless We Stop It Now

Hiroshima and Nagasaki were acts of premeditated mass murder unleashing a weapon of intrinsic criminality. …