“As we come closer to the twentieth anniversary of the September 11th attacks, we must reflect on the mental health cost of the Global War on Terror.”

New research released Monday shows the post-9/11 wars launched by the U.S. military since 2001 have resulted in over 30,000 suicides by active duty American solders and veterans—over four times the number killed in combat operations.

According to Brown University’s Costs of War Project—established in 2010 to account for the loss of lives and taxpayer dollars spent on U.S. wars in Iraq and Afghanistan—an estimated 30,177 veterans and service members have killed themselves over the last nearly two decades, compared with 7,057 members of the military who have been killed in combat.

The findings were compiled from interviews, government data, and secondary literature.

The report (pdf) “reveals an increasingly severe crisis,” the authors wrote, with the veteran suicide rate per 100,000 people in the U.S. outpacing that of the public.

“The V.A. 2020 National Veteran Suicide Prevention Annual Report reveals the suicide rate of veterans overall and adjusted for age and sex is 1.5 times that of the general population,” the report reads. “This rate is likely a conservative one because, unlike earlier reports, the V.A. only counts veterans who were federally activated, leaving out Reservists and National Guardsmen who were not federally activated.”

Among active duty service members, 5,116 have died by suicide in the past two decades.

The suicide rate among active duty service members has historically been lower than that of the general U.S. population, the report noted, revealing “a significant shift.”

The study points to a number of factors that may have contributed to the rise in suicides, including an increase in the use of improvised explosive devices and their association with traumatic brain injuries, exposure to trauma, military culture and training, the wide availability of guns, and stressors associated with returning to civilian life.

Multiple deployments was also highlighted as a factor unique to service members post-September 11, 2001.

“Modern medical advances have also allowed service members to survive physical traumas and return to the frontlines for multiple deployments, even though the combination of multiple traumatic exposures, chronic pain, and lasting physical wounds is linked to suicidal behaviors,” reads the report. “The sheer length of the war has kept service members in the fight longer, providing more opportunities for traumatic exposure. The U.S. government’s inability to address the suicide crisis is a significant cost of the U.S. post-9/11 wars, and the result is a mental health crisis among our veterans and service members with significant long-term consequences.” 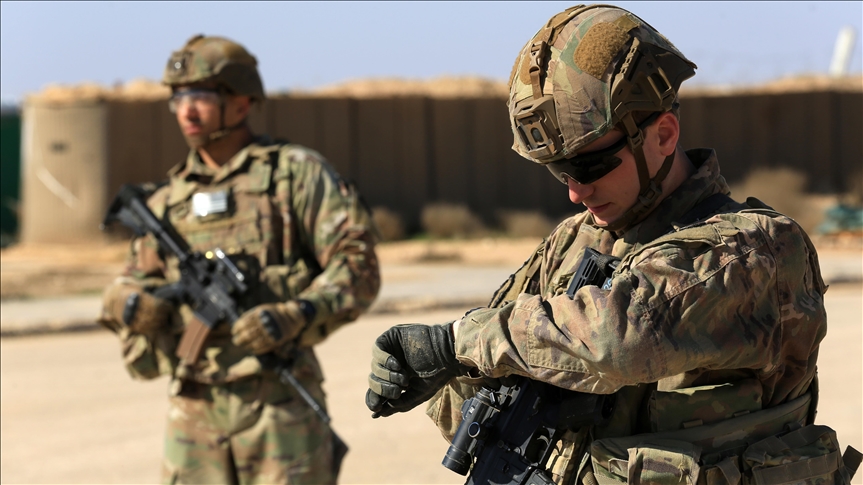 Thomas “Ben” Suitt III, who authored the report, said many service members don’t get the treatment they need—sometimes as a result of trying to hide their struggles—and the paper details how this makes them more vulnerable to suicidal behavior.

“There was a sense that an active service member would rather lie on a screening to be able to stay in the military,” Suitt told NBC News. “If they have a traumatic brain injury but no other physical injuries, they downplay the injuries to stay in their career.”

The report comes days after the World Health Organization (WHO) released a study showing that one in 100 deaths around the world is the result of suicide, and that in the Americas region, including the U.S., the rate rose by 17% between 2000 and 2009.

“We cannot—and must not—ignore suicide,” said Dr. Tedros Adhanom Ghebreyesus, director-general of WHO. “Each one is a tragedy. Our attention to suicide prevention is even more important now, after many months living with the Covid-19 pandemic, with many of the risk factors for suicide—job loss, financial stress and social isolation—still very much present.”

As we come closer to the twentieth anniversary of the September 11th attacks, we must reflect on the mental health cost of the Global War on Terror. The human cost for our veterans and service members far outweighs even the most crippling financial costs we have endured to send them to war.

Stephanie Savell, co-director of the Costs of War Project, said policymakers in the U.S. “must examine and address those factors” which are leading greater numbers of service members and veterans to take their own lives.

“As we come closer to the twentieth anniversary of the September 11th attacks, we must reflect on the mental health cost of the Global War on Terror,” the report reads. “The human cost for our veterans and service members far outweighs even the most crippling financial costs we have endured to send them to war.”

Share
Previous Black Sea: U.S., Ukraine to Lead Naval Exercise with 32 Nations from Six Continents
Next What To Do When Your Neighbors Are World-Ending Nuclear Submarines