The US Empire Is A Self-Reinforcing Trauma Factory

American corporate media are having a field day with a rise in violent crime across the country, seizing on the opportunity to declare that it proves last year’s calls to defund police have been thoroughly invalidated. They’ve been making these claims despite the absence of any evidence that these two things are connected, and despite the fact that no actual police departments have been meaningfully defunded at all.
“Defund the police encounters resistance as violent crime spikes” blares a new headline from CNN, which then admits that “One year since a nationwide movement sparked calls for slashing police funding in favor of other nontraditional forms of public safety, it’s not clear whether any city achieved anything resembling what protesters demanded: massively defunded or abolished police departments.”
“There has not been a universal defund movement across major cities,” executive director of the Major Cities Chiefs Association Laura Cooper says later in the article. “I think there was a little bit of retooling of the department budgets, but I can’t say that defund has actually played out.”
The complete and total absence of any evidentiary basis for the claim that defunding police departments caused a spike in violent crime hasn’t stopped Murdoch outlets Fox News and Sky News from airing segment after segment after segment After
segment advancing that exact claim, while The New York Times tells us in an article titled “A Year After George Floyd: Pressure to Add Police Amid Rising Crime” that “The surge is prompting cities whose leaders embraced the values of the movement last year to reassess how far they are willing to go to reimagine public safety and divert money away from the police and toward social services.”
Right guys. Violent crime can only be the result of this imaginary alternate reality in which there are fewer worthless police officers patrolling American streets. Couldn’t possibly have anything to do with the fact that this is a nation with the worst income inequality in the developed world, where people are being squeezed harder than ever in a pandemic which the government did virtually nothing to help them through financially.
Violent crime has a direct causal relationship with childhood trauma; not everyone with childhood trauma is a violent criminal, but violent criminals are overwhelmingly victims of childhood trauma. Growing up in crushing poverty is inherently traumatizing; spending your formative years saturating in an environment of lack, stress, desperation and difficulty coping causes deep psychological scarring that takes a lot of inner work to heal, inner work that most people in poverty simply don’t have the luxury of time and energy for.
The US status quo is inherently traumatizing, because a status quo which maintains a permanent underclass working for slave wages 100 percent guarantees generation after generation of highly traumatized people. This in turn guarantees more violent crime, which in turn has led to the largest prison population on the planet. Prison is itself an inherently traumatizing place to be. They traumatize each new generation, guaranteeing more and more cops and more and more prisons year after year. 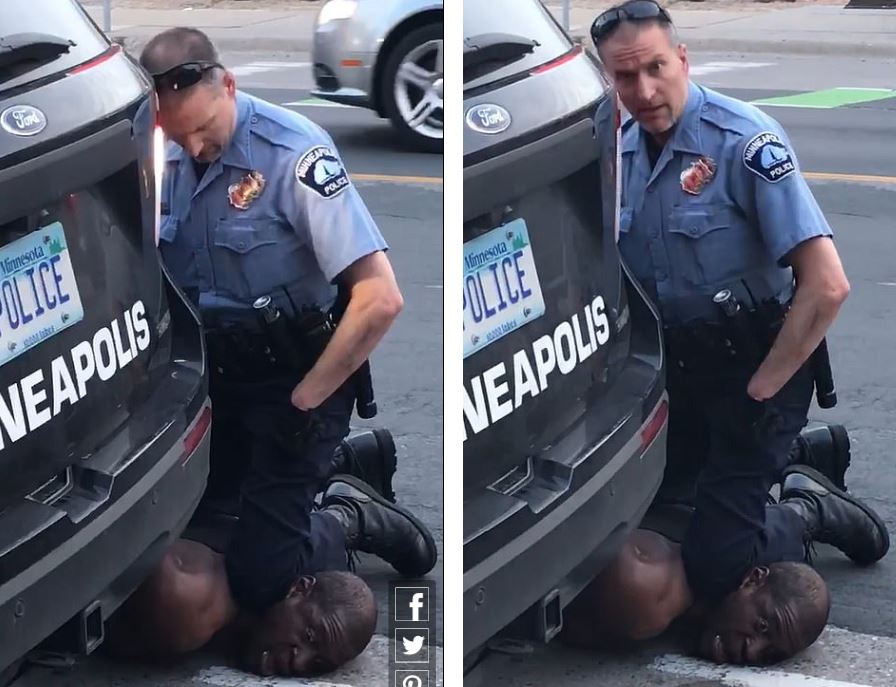 Hurt people hurt people, and the US status quo is like a factory conveyor belt churning out generation after generation of hurt people. Those who support the status quo politics of the Democratic Party or the Republican Party are choosing to support this abusive dynamic.

Many stanning for billionaires on here seem unaware that labor—the only commodity they possess—is being continuously devalued. "Just buy stocks!" they cry.

With what, bro? Your wages are vanishing. In real terms, the value of your hour is 📉 while the prices you pay are 📈. https://t.co/lbFalwgLeh pic.twitter.com/GpYZ4McKyI

And that’s just domestic policy. Every aspect of the US-centralized empire is inherently traumatizing, and it gets a lot worse outside US borders. If growing up poor in America is traumatizing, think how it must be for children who are deliberately starved by US sanctions in Venezuela or US-backed blockades in Yemen. Think how it must be for the children in Gaza as US-sponsored explosives kill their family members. Think how it must be for survivors of America’s “war on terror” in the Middle East and Africa.
The trauma inflicted by the “war on terror” is a self-reinforcing feedback loop which creates more extremism which in turn is used to justify more bombings and more military expansionism in those regions. Suicide bombings have been unequivocally shown to be almost entirely the result of western interventionism; they were simply a non-issue in Iraq and Afghanistan prior to US invasions there for example. The “war on terror” is not only terrorism itself, it is an established fact that it actually creates more of the type of terrorism it purports to eliminate.
And why wouldn’t it? Why wouldn’t destroying and destabilizing entire nations cause people to want to fight back against you? It is self-evident that it would, just using your own empathy and understanding of human nature. As Jonathan Marshall wrote for Consortium News in 2017:
The most authoritative new study of the sources of terrorism and insurgency on the continent, Journey to Extremism in Africa (September 2017), finds that what triggers many individuals to join violent groups are incidents of government-sponsored violence, such as “killing of a family member or friend” or “arrest of a family member or friend.”
“These findings throw into stark relief the question of how counter-terrorism and wider security functions of governments in at-risk environments conduct themselves with regard to human rights and due process,” concludes the report, based on interviews with more than 500 former members of militant organizations.
“State security-actor conduct is revealed as a prominent accelerator of recruitment, rather than the reverse. . . These findings suggest that a dramatic reappraisal of state security-focused interventions is urgently required.”
Numerous other experts have drawn similar conclusions from conflict zones in the Middle East and Asia. In 2008, a RAND Corporation report on Lessons for Countering al-Qa’ida warned the U.S. military to “resist being drawn into combat operations in Muslim societies, since its presence is likely to increase terrorist recruitment. . . . Military force usually has the opposite effect from what is intended: It is often overused, alienates the local population by its heavy-handed nature, and provides a window of opportunity for terrorist-group recruitment.”
Similarly, the Stimson Task Force on U.S. Drone Policy, composed of former senior officials of the CIA, Defense Department and State Department, warned in 2014 that U.S. strikes had strengthened radical Islamic groups in the Middle East, Africa and South Asia.
Tens Of Millions Of People Displaced By The ‘War On Terror’, The Greatest Scam Ever Invented

A new report has found that at least 37 million people (a conservative estimate) have been displaced as a result of America’s so-called “war on terror” since 9/11https://t.co/MsFul5zf7L
— Caitlin Johnstone ⏳ (@caitoz) September 9, 2020
The status quo of the US empire guarantees that there will always be new offenders to imprison, new extremists to bomb, new justifications for blockades, sanctions and apartheid oppression. Every aspect of it creates traumatized people, whose resultant behavior is then cited to justify the existence of the power structure which caused their trauma in the first place.
And then Hollywood goes and makes movies about the heroic cops arresting the violent criminals, about the brave soldiers killing the evil terrorists, while in real life the criminals and terrorists only exist because of the trauma inflicted upon them by the same force that pays the cops and soldiers, and Hollywood is a US propaganda operation.
And those who support all this, those who support Democrats and Republicans and believe what the mainstream news media tell them, are called “moderates”. Supporters of a self-reinforcing trauma generation machine, with all its wars, starvation sanctions, nuclear brinkmanship, economic oppression, corporate exploitation, and ecocide for profit, are “moderates”, looking down their noses at traumatized populations and hoping the armed goon squads arrive in time to put them away or put them down.
The US empire is evil. The status quo is evil. We must end these evil things before they end us. 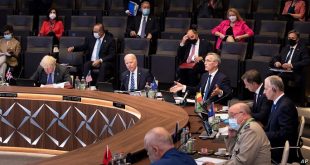 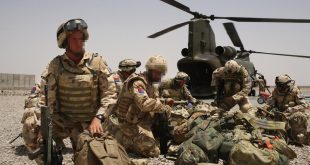 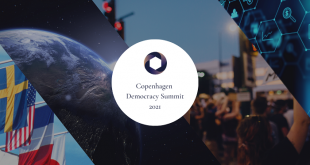 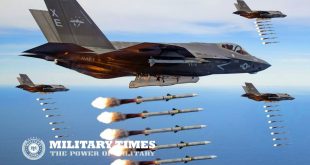