The armed forces are increasingly adopting new technologies that can keep soldiers safer, but experts worry that they might be crossing some dangerous lines.

An autonomous swarm of six drones flew in the sky, dived underwater and crept over land to assist armed forces with various experimental missions in a first-of-its-kind exercise for the UK Royal Marines.

The uncrewed systems were deployed as part of training raids on simulated adversary positions in Cumbria and Dorset, and were tasked with various missions ranging from reconnaissance operations through delivering supplies to soldiers, to identifying and tracking targets of interest.

Made up of six different types of drones, the swarm took over land, air, water and above-water environments, but was operated as one autonomously controlled unit from a single ground station.

This means that the systems worked together, sharing data from their sensors across a single communications network. For example, the drones were able to feed off each other’s information and use sophisticated algorithms to accurately find, identity and track enemy targets.

The trial, called Autonomous Advance Force 4.0, was pitched as a first step towards integrating leading-edge technologies in the military.

“Only by continued experimentation with the latest technology and innovation can we properly prepare our people for the challenges of the future,” said senior Royal Navy officer Tony Radakin. “Autonomous Advance Force 4.0 is testing just how hybrid forces can operate on the battlefield, with elite Royal Marine Commandos enhancing their capabilities with the use of drone swarms.”

During the experiment, Royal Marines strike teams on the ground were able to call on Malloy drones, which can lift up to 68 kilograms, thanks to a small tablet on their chest that they could tap to indicate their location and request the delivery of supplies, from ammunition through to blood for combat medics.

Another drone called the Ghost, which comes in the shape of an ultra-silent mini-helicopter, that is very difficult to detect, used capture thermal images and footage, and could also be tasked with finding targets within a zone.

Similarly, underwater systems were deployed to scan the oceans for mines and obstructions, and provide Marines with a better view of clear routes; an autonomous sea vessel called Madfox carried out reconnaissance operations and surveillance patrols to prepare the ground for soldiers to come ashore.

The swarm also came with Cobra drones, a flying system with a three-meter-long wingspan used for identifying and tracking targets. Completing the unit was a Tactical Precision Strike system, which is able to fly to the vicinity of a target and wait until a human operator specifies it to attack, in what is known as lethal loitering munition.

This drone, in particular, has raised concerns among experts who are worried about the prospect of bringing more autonomous systems in warfare.

“These trials mark a further dangerous escalation in the international robotic arms race,” Stuart Parkinson, executive director of advocacy organization Scientists for Global Responsibility, tells ZDNet. “The use of armed drones with autonomous capabilities is especially frightening, and takes us another step closer to a world where drones make life and death decisions about whether to launch weapons.” 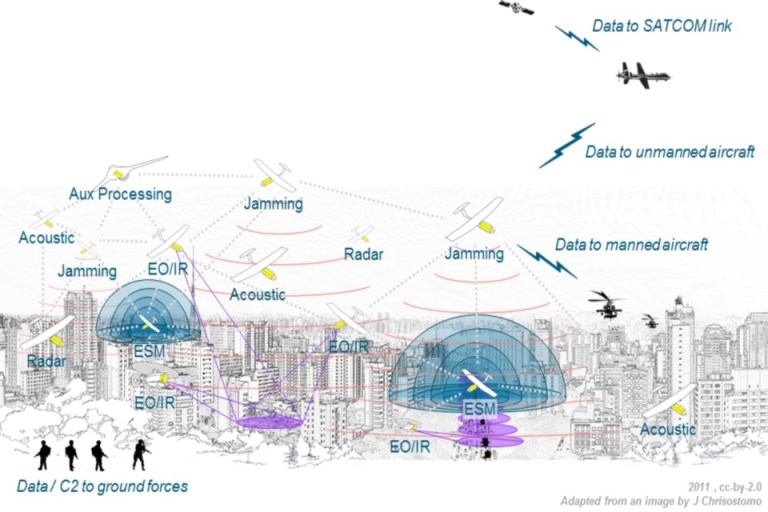 The rise of autonomous weapons, often also referred to as “killer robots,” has been a point of contention for many years, with a debate arising between defendants of the adoption of new technologies in defense and those in favor of establishing red lines in the sector.

Earlier this year, the United Nations Association of the UK urged the UK government to support a UN-wide treaty that would legally prohibit the use of autonomous weapons, but was faced with resistance, with ministers citing the need to embrace technological advancements, and putting forward concerns that a legally binding instrument might hamper innovation.

Rather than backtracking on the objective of infusing the armed forces with new technologies, the UK government has firmly reiterated its interest in deploying new tools for defense that are adapted to the digital age.

New plans to modernize the armed forces over the next decade were recently unveiled, together with a £24 billion ($33 billion) budget for the next four years. Artificial intelligence and AI-enabled autonomous capabilities were presented as essential to this drive towards modernization.

No less than £2 billion ($2.7 billion) of funds were unlocked to expand drone capabilities, with uncrewed systems seen as a key tool to venture into dangerous enemy territories while keeping human soldiers safe – while also playing an important role in re-supplying and assisting troops even in tricky environments.

It is unlikely, therefore, that the UK government will scale back its efforts in autonomous systems anytime soon. After UK-based experiments, Autonomous Advance Force 4.0 is expected to continue in the US later this year in the Californian desert, to trial ever-more complex environments and scenarios.